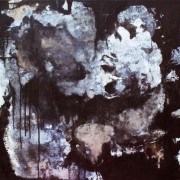 Madeleine indicates that the artwork was originally inspired by the famous Rorschach ink blot psychological tests and the butterfly paintings we all created as children in primary school. She said the starting point for the 2013 “Year of the Dragon” (pictured above) and “Mind Map” (featured below) was splattering the oil, acrylic and enamel paint on the canvas and folding the paper in half. She then painted portions of other detail to allow for open interpretation of either half or the picture as a whole.

Madeleine said the titles of the artwork were “quite literal to what I initially saw in the pictures, but the viewer always brings their own experience and perceptions to a piece of art and can see something completely different in them.” 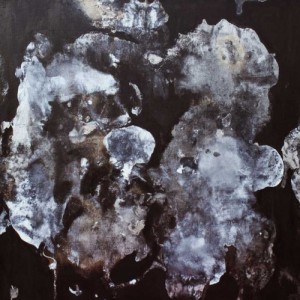 I (Dr Sturrock) met the artist after visiting Blu Peter (www.blupeter.com.au) a North Fremantle lifestyle concept store owned by interior designer Adri-Ann Brown in an attempt to find some furniture for the new office. When I entered the store, I felt instantly inspired; it was filled with unique pieces imported for South Africa and of course the artwork which will soon take a place on my office walls.

Madeleine, who’s endearing smile I will never forget, and I chatted over many subjects including my interpretation of the artwork. I could see animals predominantly – a bull in the lower right corner of “Year of the Dragon” and a sea horse on the right in “Mind Map.” What these interpretations say about my unconscious, I’m not quite sure…

Clinical psychological training in Australia at the present doesn’t weigh heavily on the teaching and use of projective tests, such as the Rorschach ink blot. Tests of this nature were most widely used in the 1960s; however, still appear to be popular around the world (especially Japan) and in forensic settings.

What can you see?

Madeleine’s art has mainly focussed on figurative pieces and her abstract work represents a shift from this focus. Her work is generally reported to “deal with the negotiation of identity on both a personal and global level.” She has exhibited in both the UK and NZ, and her work has been featured in Marie Claire, Lucire, and House and Garden magazines. You can see other pieces of artwork by Madeleine Casey at www.madeleinecasey.com